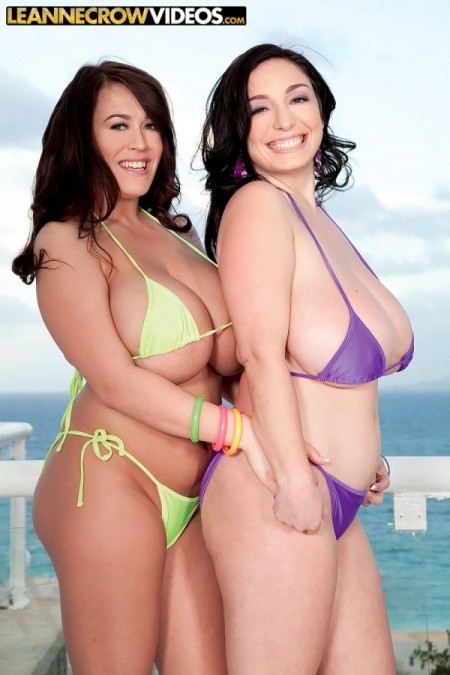 Michelle Bond and Leanne Crow. Now this is a match made in hooter heaven. They are both incredibly stacked and curvy. This is why bigamy should be legalized. Remember their "Have a bounce?" trampoline jumping in Chapter 2 of Leanne's Stacked Summer? That amazing tit-jiggling and mashing on the huge trampoline afterwards? They are two of a bouncing pair. Why do girls like them always come from the United Kingdom? We've been asking that question for 20 years. "I was a very late bloomer," said Leanne. "I didn't develop until I was around 16 years old and then it was like they grew overnight. It was crazy because I was flat-chested throughout most of my schooling. I remember that I would make excuses not to go swimming with the other girls because I was extremely flat chested and they all had boobs. I actually used to stuff my bra and I couldn't go swimming because it would be like I had boobs and then in a swimsuit, I didn't." And Michelle's tits really growth-spurted much later if you look at her early photos. "As my body has kind of grown a bit, they've grown with me. The only thing that's different between now and years ago is that I don't party as much. I used to be stick-thin, and my boobs weren't that big because I partied a lot, but now, I don't know. I haven't done anything to them. They've just grown. I used to be an F-cup. Now I'm a 34H." 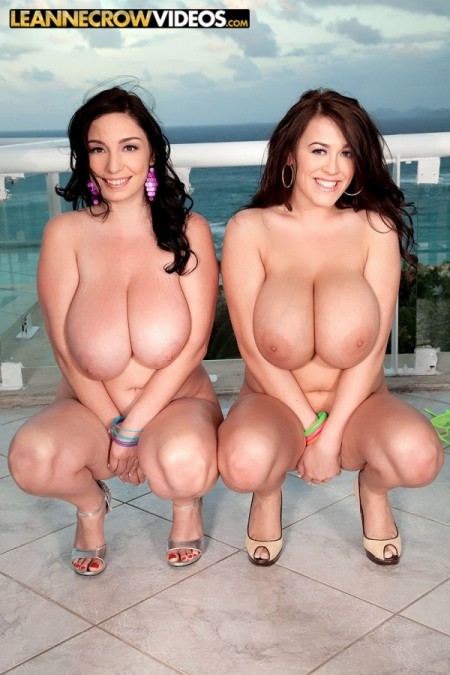