The pride of Eastern Michigan University 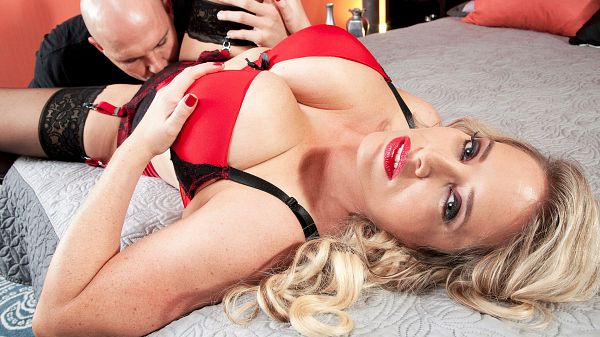 "I went to Eastern Michigan University. I got my degree in film, and then I decided I wanted to be in production and maybe try some acting. So after college, I headed out to Hollywood. I thought I might want to be an actress, but when I got there and started doing production work, I didn't like the whole atmosphere. I didn't like standing around for 20 hours at a time not knowing when I was going to be done with work, but I liked California so I stayed there.

"I started bartending. At one point, I had an office job. But it was while I was bartending that I got approached to do some promotional modeling for a sports website, and I thought the guy was kinda weird at first. It took him three tries to convince me to do it. There were a lot of weird guys who wanted to take my picture, and I was skeptical about any kind of modeling, but for this guy, it was just wearing a halter top and jeans and going to different events, so I started doing that. And I liked it, so I kept doing it."

And kept doing it and kept doing it. At first, she was a topless-only Internet sensation, then she took off her panties, then she spread her pussy, then she tit-fucked, then she went all the way. And it all started at Eastern Michigan University in Ypsilanti, Michigan.

"I like meeting new people and going to new places. I love getting my hair and makeup done. It's quite glamorous. It's quite a transformation from how I look normally, so it's fun. It's like playing dress-up, I guess."

Or dress down, in this case. When this scene opens, Maggie's wearing sexy, red lingerie. She asks if you like watching her play with her "big, fucking titties." Her words, not mine. Maggie's hands move down to her pussy to rub the lips. "And what about these crotchless panties? Does it get your cock hard to watch me rub my fucking pussy? Do you want to watch me get fucked by a nice, huge, fucking cock? You know you do."

Of course we do, and we're not ashamed to admit it! 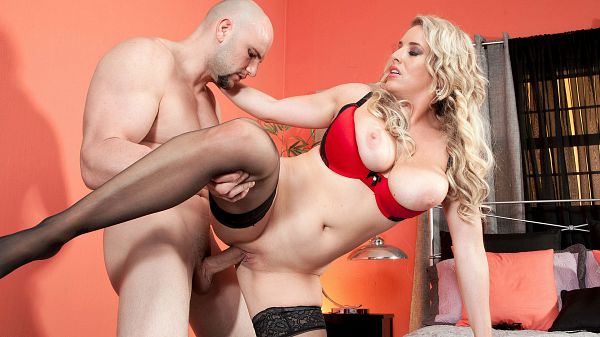