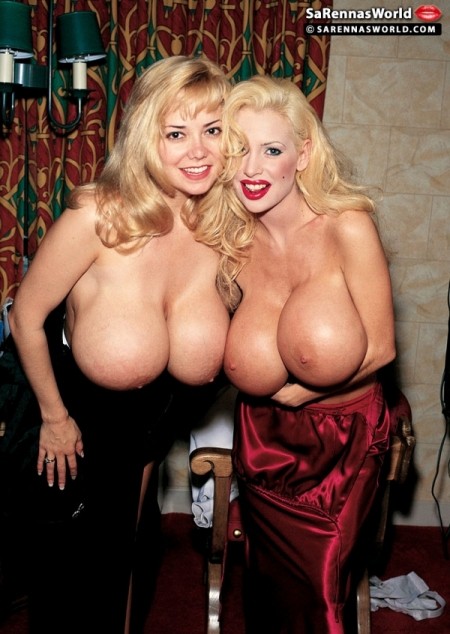 Were you here? The time is the first week of January, 1996. SaRenna Lee, Traci Topps, Danni Ashe, Busty Dusty and Europe DiChan are representing SCORE at the Consumer Electronics Show on the second floor of the Sahara Hotel in Las Vegas. SCORE is promoting the Boob Cruise issue (March '96 SCORE) and the '95 Cruise video. A small showfloor turns a huge crowd into a cramped wall-to-wall sea of people, like a scene out of the movie Soylent Green. Many other SCORE models, such as Minka, Brittany Andrews, Sophia Capri,
Tawny Peaks and Lili Xene come by the SCORE booth to hang out, take pictures, meet the fans and socialize. A selection of these photos were published in the June '96 SCORE. One night after the show, photographer Peter Wall photographed SaRenna and Traci changing clothes in their hotel room, strictly for educational purposes. These are included as well. 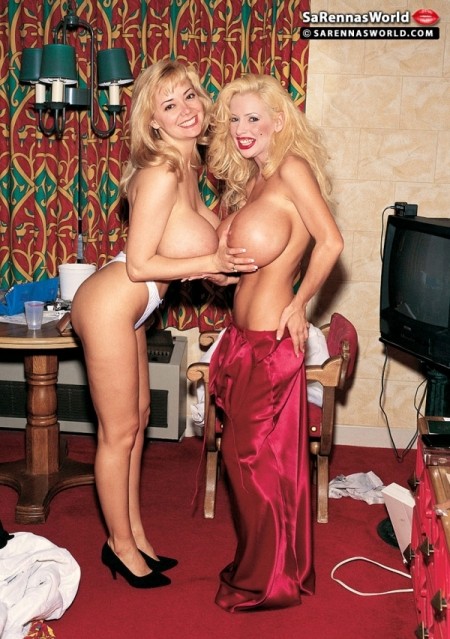