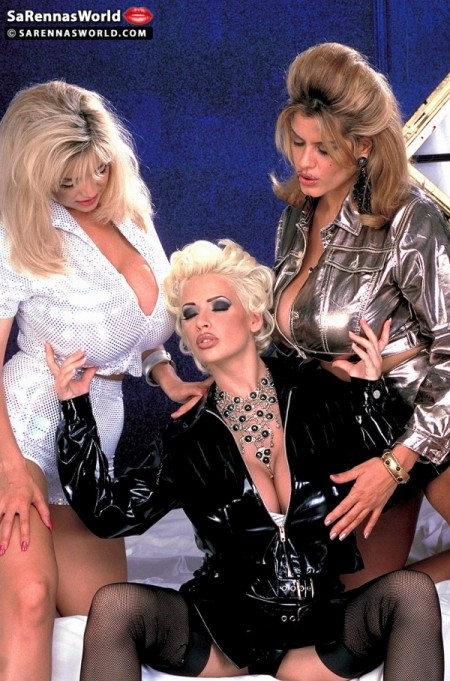 If you have been a SCORE Magazine reader since the beginning, then you know that this pictorial stars three girls that became super-legends of big-tit land.

The place is, of course, the London studio of SCORE Man John Graham.

The time is July, 1995. John is going full blast with his multi-girl shoots in England and the Caribbean.

SaRenna, Traci Topps, and Nikki Knockers were three of the most sought-after big-bust stars on the exotic dancer circuit when this pictorial was produced. Here they are at the peak of their physical perfection. 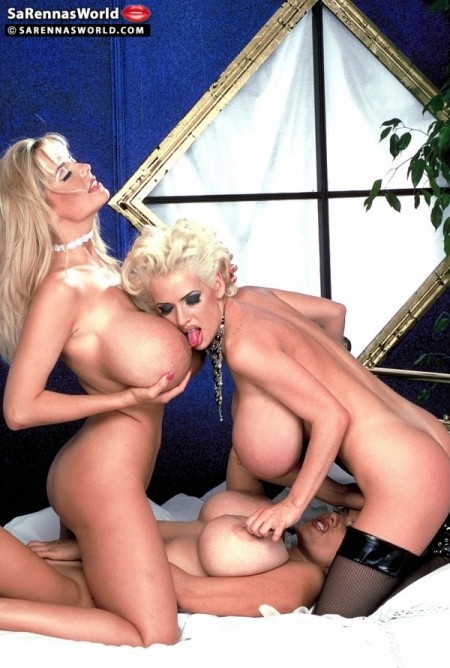