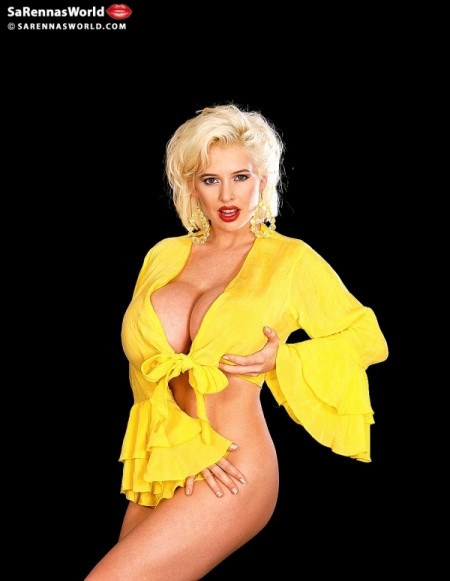 The most visually striking, due to the yellow and black color scheme, are images 8 to 19. These electric photos really pop off the monitor. The SaRenna-Danni images are from the June 1996 issue of SCORE, a famous edition coveted by collectors of big-bust material. An image similar to picture 21 was the final choice for the cover. (This set is named SaRenna and Danni Ashe on SaRennasWorld.) A photo of SaRenna kneeling was shot along with images 3-7 and became the cover for the SCORE special issue called "Busty Covergirls." Both magazines are sold out from us but are probably available from used magazine dealers. 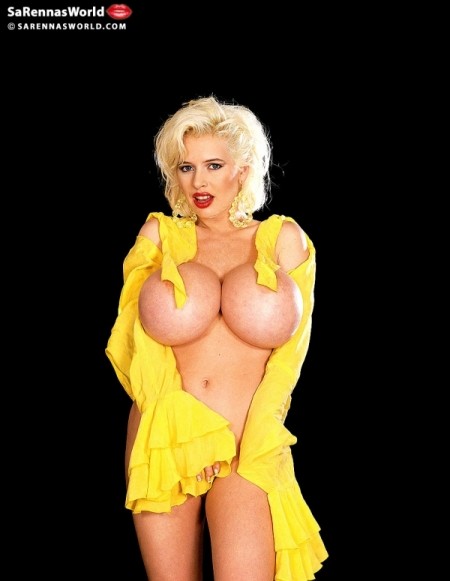