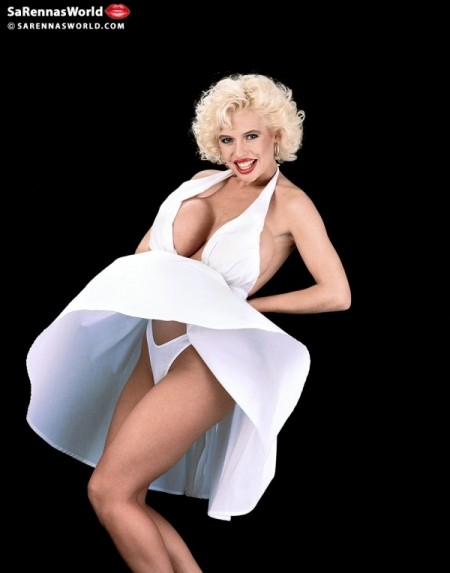 The December 1993 edition of SCORE starred SaRenna and featured an interview, a pictorial and a cover photograph. Many cover shots were produced on medium format transparency film, as is the norm. For the final cover, Editor-in-chief John Fox decided on something very unusual for a big-bust magazine. Just a photo of SaRenna's face! No cleavage! Here's what has never been seen before; take-offs on the classic image of Marilyn Monroe and her wafting skirt in the famous subway grating scene from The Seven Year Itch (1955). Imagine having seen a copy of SCORE on the newsstand in 1993 with a cover of SaRenna from one of these remarkable photos shot by Peter Wall in his South Florida studio. 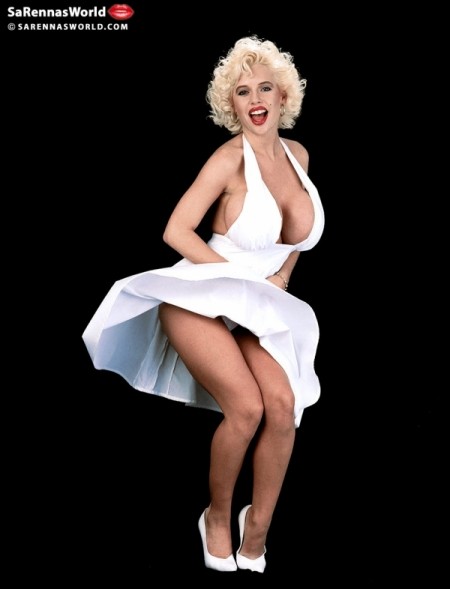