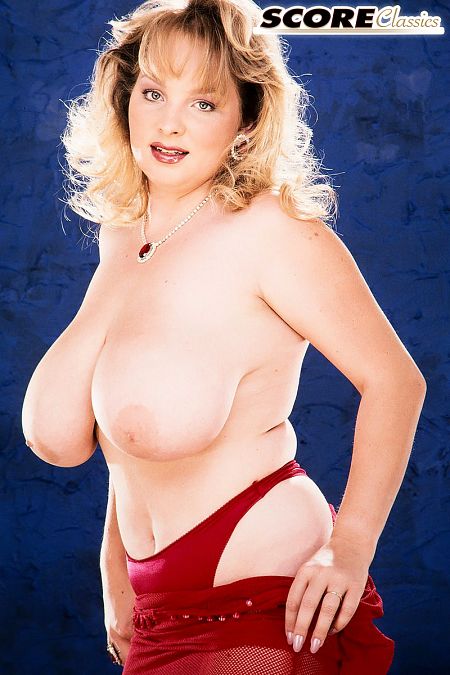 During the 1990s, naturally big-breasted girls were facing major competition for modeling jobs from the new wave of exotic dancers with supersized boob jobs. Even the many TV talk shows, such as Jerry Springer and Jenny Jones, were more interested in talking to the dancers for a number of reasons. As far as we know, Rhonda Baxter was never on a talk show.

Rhonda kept a low-key profile. No fan club that we are aware of, no commercial web site or homepage of her own, no attendance at adult conventions. In many ways, Rhonda was the type of unheralded big bust model that existed in the '60s and '70s. They visited the studios or went on-location, did their shoots, maybe did some sightseeing, were paid and went home. Some of the current girls modeling stick to this pattern, especially in Europe, but social media has changed the landscape.

When the Internet explosion hit and every model in the world, good looking or not, decided she was a star who would make money at home on the web, Rhonda didn't join the conga line. The few photographers who worked with Rhonda once said she was just not motivated that way. In a way, her mystique has grown over the years by her inaccessibility.

Today, many girls on the internet don't like to leave their apartments, instead, they use social media to ask total strangers to buy them gifts, pay their bills or keep the meter running on their webcams. The playing field could not be more different.

Out of the blue, Rhonda emailed in 2003 to say hello, not to model, and to ask if we could send her a few copies of Voluptuous, which we did. And that was the last time we heard from her.