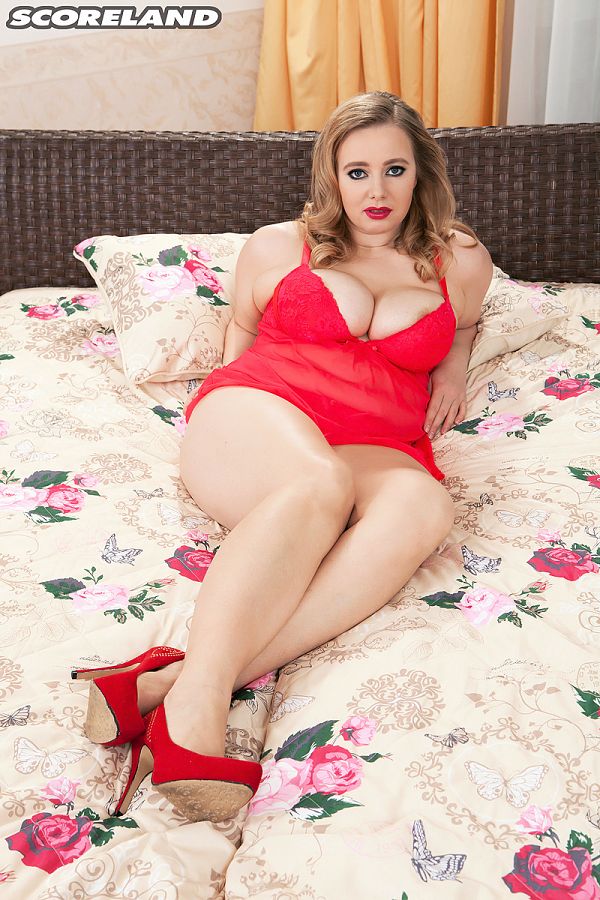 Marina Grey is in bed, trying to attract Angelo's attention while he's on the phone. Whatever he's doing--maybe ordering a pizza, who knows?--he should be looking at Marina and preparing to fall in love. She's lowered her bra and slip to show him her big, quivering tits. She maneuvers her curvy, voluptuous body into men's magazine poses to entice him. That works. Now he's 100% focused on Marina.

Tossing the phone, he works Marina's boobs over, sucking and fucking her fleshy naturals and teaching the newcomer about hard fucking on-camera. He spends a lot of time on Marina breasts, licking and sucking her nipples, rubbing his cock on them and alternating between fucking her tits and feeding her dick. 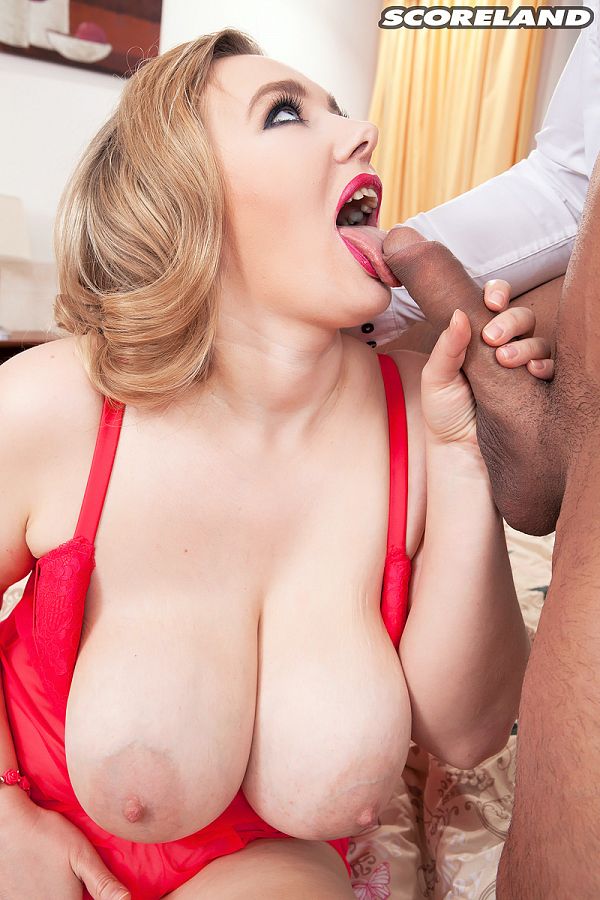