Jewel gets the Lucas treatment 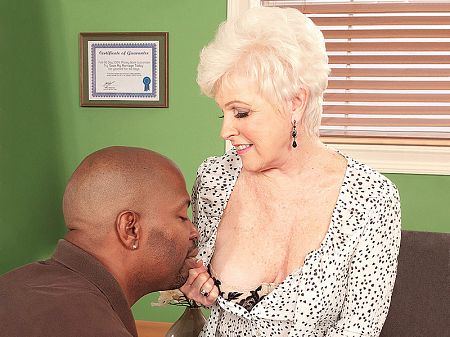 The thing with doctors is, they're always trying to prove things. They never take anything on faith. So when Lucas tells Dr. Jewel that he's having problems performing with his younger wife because he prefers older women, Dr. Jewel says, "I want to see about proving a theory. I want to see if the problem with you is that Angela is so much younger and an older woman might do it for you."

Scientifically, Jewel's experiment might appear to make sense (and, let's face it, that's exactly what Lucas told her), but there are problems with her method of research. For example, even if a man preferred younger women, there's a very good chance he wouldn't be able to resist the sexuality, blow job ability and tight pussy of Jewel, a woman who's among the elite of 60somethings. As you'll see in this video, Lucas has no trouble getting rock-hard for Jewel, who takes him deep in her mouth then deep in her pussy. So what does that prove? That Jewel can get a man hard and off? We already knew that!

And let's talk about that for a moment. After Jewel was finished fucking Lucas, she said, "He has the biggest dick I'd ever been with. At first, I didn't think I could take it. I was really worried. But my pussy got so wet from sucking his cock, it slid right in, and I enjoyed every minute of it."

So did Lucas, who described Jewel's pussy as "tight and right." And he has the scientific proof: He fucked her. 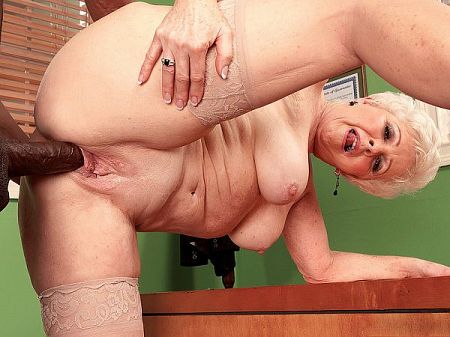 See More of Jewel at GRANNYLOVESBBC.COM!