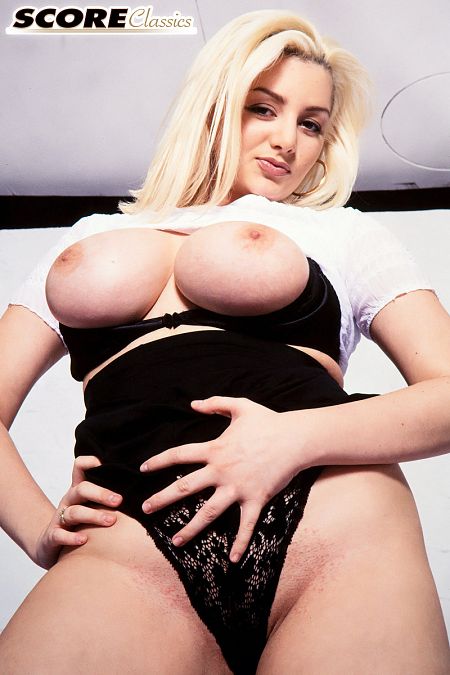 This photo set of pouty-faced, blonde Brit Hannah Callow shot in 1999 was eventually published in February 2003 SCORE. It was described as, "a return to solo greatness in this somewhat moody photo shoot with back-to-blonde Hannah looking beautiful, alluring and sultry. Is it the giant hoop earrings or does Miss Callow look a little like that sexy chick from TV's The Sopranos, Adriana?"

Also in that edition was a solo set of Chaz, the English supernatural who squished tits in 2001 with Hannah for the sixth edition of the Lesbian-themed Bosom Buddies series. Hannah was brunette in that photo shoot. 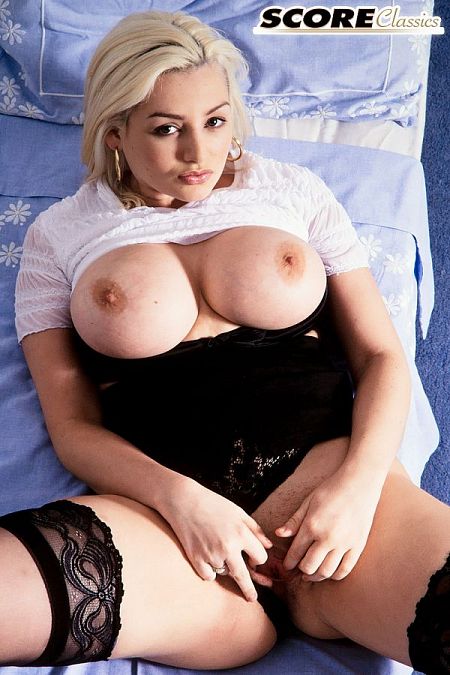