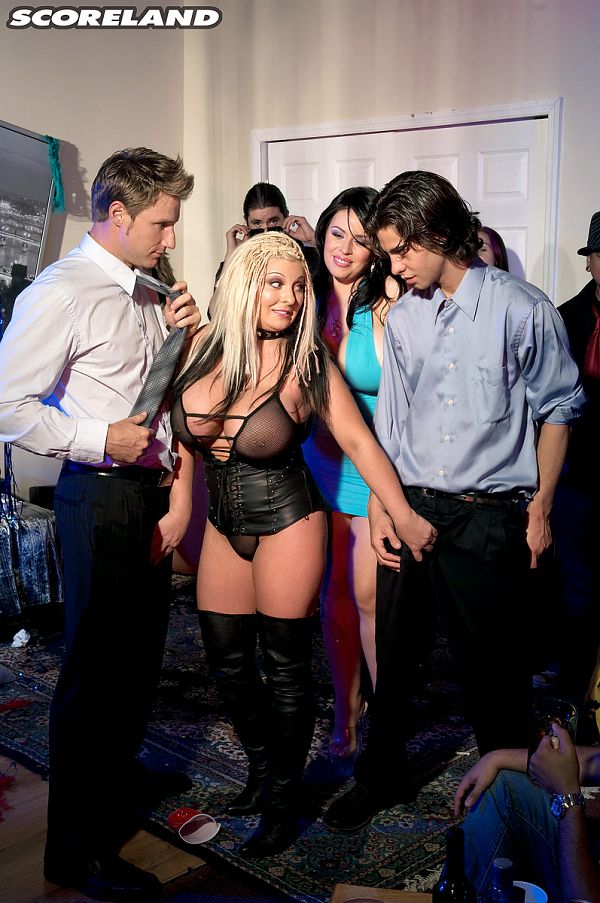 Computer-generated Mandy (Daphne Rosen) takes nerds Sheldon and Dexter to a crazy house party filled with wild people trashing the place. The party is crashed by bodacious and tough chick Angel Gee and her two nasty goons who threaten to brain anyone who challenges them.

Because Mandy is a supergirl who can make things happen, Dexter and Sheldon take Angel's goons out with a punch. Then she turns her attention to Angel who looks impressed. "Hi, Angel. These are my wards, Dexter and Sheldon. They're dying to fuck you," Mandy says.

"I like men who know what they want," Angel replies. "You could say the boys made me who I am today," Mandy adds. Angel is game for action. The four move over to a couch and the two bra-busters begin sucking their cocks while the crowd encircles them and cheers.

After smashing Daphne in both holes, the two nerds blast their ball batter all over Angel and Daphne, making this experiment in Boob Science a success except for the house which is completely trashed. Well, you can't make an omelette with breaking some eggs and you can't screw two top-heavy chicks without busting a nut. 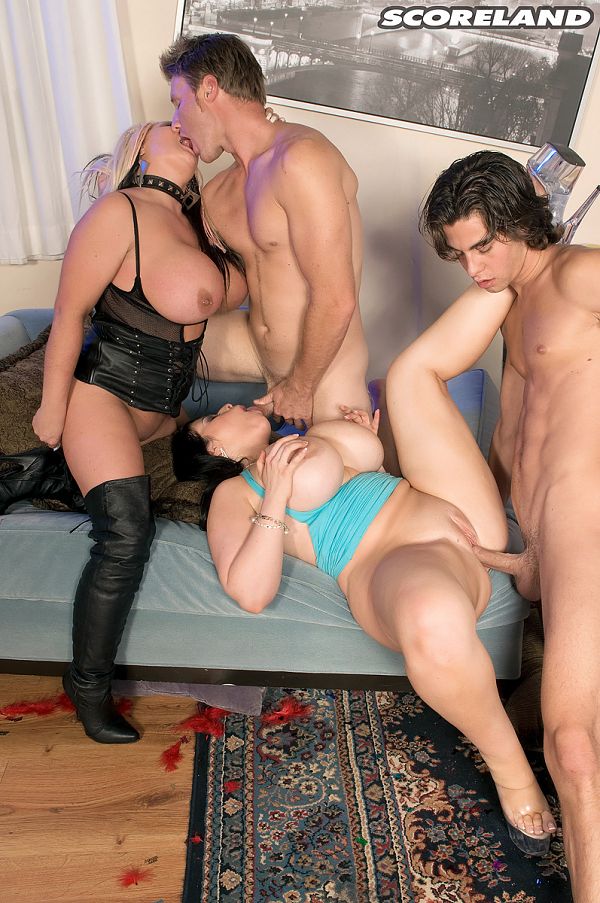