An American Coed in England 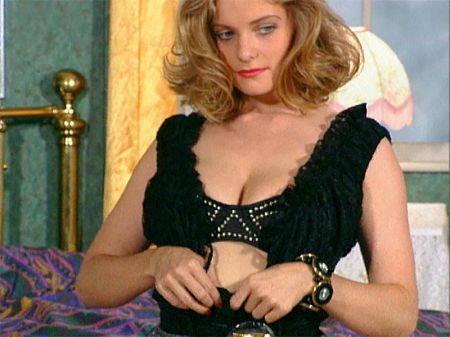 In August, 1993, SCORE magazine threw a first-year anniversary party at Flashdancers, a strip club in the heart of New York City. This club, along with another New York club called Private Eyes, specialized in booking huge-boobed feature dancers every week for most of the 1990s. A model named Jay Milo was one of the more prominent guests along with Traci Topps that night. There was also a small army of Flashdancers' hot table dancers shaking their tits and asses in guys' faces.

There were many guests from the magazine publishing and distribution industry and even some readers. A "Best Boobs in New York" talent search contest sponsored by SCORE was held on-stage. The prize was an all-expenses paid trip to London for photo shoots as well as modeling fees.

The winner was a pretty girl from California named T.J. Evans. Her first photo shoot was published in the February '94 issue. At the time, T.J. was a University of California-Berkeley student. She wasn't the biggest-breasted girl in the contest but she won and SCORE always honors its commitments.

T.J. was flown to England where SCORE's director of photography John Graham filmed her in this rare video and several photo shoots. Limber and lithe, T.J. knew how to get a strip club audience to pitch tents as this video proves but she was nervous about being photographed in a professional studio. John helped her every step of the way. She liked that he gave her verbal instructions that were later wiped clean by an editor. No one outside of the editing room has ever seen and heard this raw video of a young debutante being trained to be camera-ready. 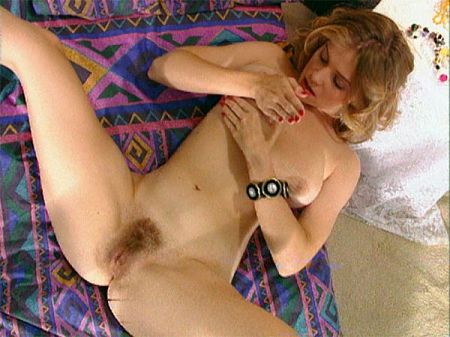