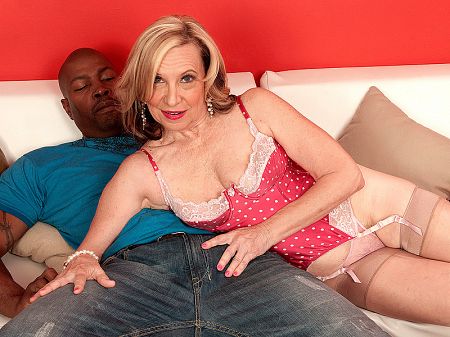 There are two impressive aspects of this scene:

Miranda had never had sex on camera until she showed up at our studio. Had never even danced naked, which makes her performance in this video all the more impressive. She's the woman-next-door who found her way to our studio, and now that she's found us, she never wants to leave.

Like so many mature women, Miranda is often surprised by her sexuality and the effect she has on men. On her first day of shooting in our studio, she admitted to being surprised that anyone would want to see a 66-year-old woman posing naked and having sex, and the idea that so many of us do want to see that took a little getting used to for her.

"I think it's wonderful that men think a woman like me can be so sexually exciting," she said. "I feel like a whole, new area of the world to explore has been opened up for me."

Miranda is used to getting fucked by big, black cocks.

When Miranda's around, we're sure he has a hard-on all the time. 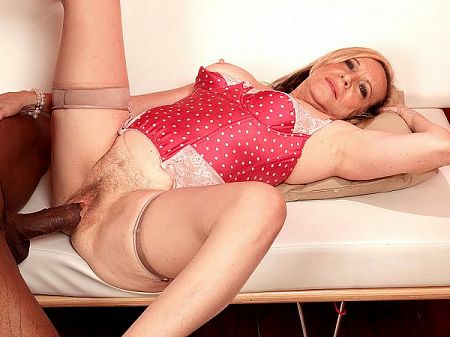